As seen on the december issue of Total Fitness Magazine. SWIMBIKERUN.ph reviews the lightest shoe from Brooks latest Pure Project line, the  PureConnect.

Check out the December Issue of Total Fitness Magazine!

Brooks pulled out all of the stops in making sure that their latest collect — called PureProject — will make its mark in the tough minimalist/lightweight shoe category. Brooks has four shoes in its newest line and I got to test the PureConnect model.

Lightest of the PureProject Line

Just looking at the shoes gives you an idea how light they are (its listed weight is 7.2 ounces). The top layer is made entirely out of mesh and you can literally see your feet from the outside.

The PureConnect may be light, literally, but Brooks made sure it’s not lightweight when it comes to performance. The shoe has an “Ideal Heel” that shifts the landing point of the heel forward by 3cm. What this means is less heel strike, which encourages the runner’s foot to land more under the body’s center of mass, reducing internal stress on the foot, ankle, and most especially the knee. As a heel striker, this helped me land on my midfoot more. I also felt that my cadence was faster and smoother.

The first time you wear the shoes, you’ll immediately feel the Nav Band, which is an elastic band in the shoe that wraps itself around the arch of the foot. It can take a little getting used to, but it works. It was able to lessen and control my pronation. The fit of the PureConnect is snug — the result of the combination of the Nav Band and the Anatomical Last that makes the shoe conform to your foot type.

Separate room for the toe box.

Shoe companies often sacrifice the sole in order to reduce weight. The PureConnect, which boasts of Brooks’ BioMoGo DNA sole, is probably one of the thinnest soles I’ve ever seen in a running shoe. But it’s really comfortable. The BioMoGo DNA tunes the responsiveness and cushioning to the specific need of each runner.

I’ve tested the shoes in basically all conditions possible and aside from the a smallish toe room and the fact that the sole can get slippery at certain road conditions, I have no other complaints.

Ease of Use B-

Value for Money B

12 Ways To Stay In Shape This Christmas (Or how not to look like good ol' Santa in the New Year!) 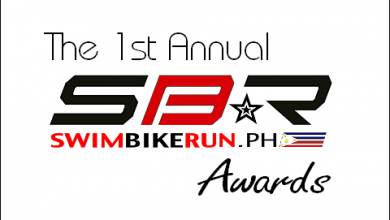