Nothing else to say but THANK YOU to everyone who spent their first Saturday ride of the year with us!  A grand total of 77 riders converged at The Starting Line Multisport Store at Westgate, Alabang to celebrate SWIMBIKERUN.ph’s 1st year anniversary. A big thank you also to all our sponsors who donated almost 40k+ worth of prizes for the raffle!

With barely 5 days to plan, it was pretty nerve-wracking to see if SWIMBIKERUN.ph can really pull this off. I had my doubts honestly. Because I know how everyone is eager to kick-start their 2012 training session with a long base building ride. We made it pretty clear from the start that this would be a controlled, easy, conversation pace ride. So who would’ve thunk it?

Getting ready for the ride

One by one the riders arrived all decked out in their colorful team gear. We also had to delay the start by 30 minutes to make room for the late comers.

Come 7.30am the ride finally happened. The original plan was to control the pace and create a huge tour de france like peloton for the entire 60k ride. That went on as planned… for 10 minutes! Once the riders got to the smooth roads of Daang Hari, all hell broke loose! “Looks like I have no choice but to break the ride into packs!” I said to myself. With newbies in the ride and with no SAG (support vehicle), I had to drop back to make sure that all riders would be able to complete the ride and go back to the jump off point. We also made a rule that the raffle will not start until the last rider gets back.

So the ride got separated into 3 groups. The S,B, and R. S stands for the Sa Harap, B for the Bagals, and R the Rikods! Ang mga nasa RIKOD! I stayed with the “R” group for almost the entire 60k. Which I honestly didn’t mind. Bikers from Bike King, Greenhills Tri Team, Yellow Cab, Quest 825, SABAK, Giant, and The Brick Multisport Store, pushed the Sa Harap pack. From what I heard, they even rocked a 45 kph average on certain sections of the ride! Crazy bastards! When the Rikod group arrived at the turnaround point, only teams from XYCOS, TIMEX-TMM, and TriMac stayed around for the turnaround pictorial.

It was smooth sailing all the way back to The Starting Line. I was really excited to go back as I planned a surprise post ride mirienda for all the participants. Not to mention I was really getting hungry as well! It’s not a fun ride if you did not gain more calories than you lost right? =). AJ Chow catered for the event and wowed the participants with their delicious homemade hotdog sandwiches and ice-cold dalandan juice! For those who wants who wants to order, you can contact them at 0917-5925925 and 0920-9188128! You can also email them at [email protected] Just mention SBR and they might give you a discount! We would also like to thank Digi-8 Studios for providing the funds for the catering! For all your audio/video needs, transferring from ANY source to DVD, dubbing, etc They can do it!

The Starting Line Team having their fill

After eating it was time to start the raffle! Even with the late start,  riders still stayed behind in hopes of winning the awesome raffle prizes! Some already left but honestly, most participants didn’t mind because that increased their chances of winning!

It rained halfway through the awarding which set things back a bit. I had to improvise and just continue shouting the winners at the covered doorstep for The Starting Line. The rain also messed up the certificates that I had made for all the winners. It’s all good though. The show must go on!

Lets go on with the raffle!

No one is leaving!

Again, I would like to thank everyone who joined the 1st Year Anniversary Ride of SWIMBIKERUN.ph. You guys are now part of SBR.ph’s colorful history. Thanks for making everything really special!

Thanks to all our sponsors and congratulations to all the winners! 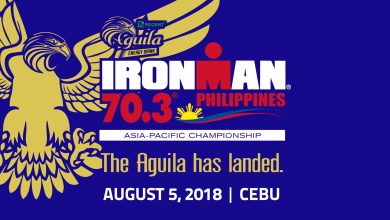 Back To Back For Mendez and Kahlefeldt in Aguila IRONMAN 70.3 Philippines Cebu 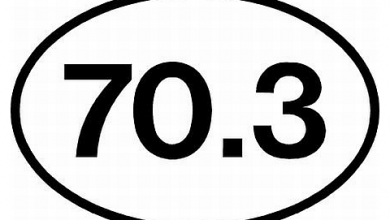