We couldn’t think of a better way to kick off the 2012 season than with an interview with the reigning 2x Ironman 70.3 Philippines champion and winner of the 1st Annual SWIMBIKERUN.ph AwardsTriathlete of the Year (Foreign) category!

SWIMBIKERUN.ph is truly honored to have on In[FOCUS], the runner up of the 2011 Ford Ironman World Championship. As well as the 2010 and 2011 fastest Kona run split record holder, Pete Jacobs!

SBR.ph : Welcome to SWIMBIKERUN.ph and congratulations on winning Triathlete of the Year (Foreign) at the 1st Annual SWIMBIKERUN.ph Awards Pete! Any word you want to say to all your Filipino Fans and to everyone who voted for you?

PJ: Thanks to everyone who voted and all my followers in the Philippines. The Philippines is a special place for me, and I appreciate all the support I get from the Filipinos.

SBR.ph : First of all, the question most of us wants to know. Are you coming back this year to defend your Cobra Ironman 70.3 Philippines title and go for 3-in-a-row? 3-“Pete” has a nice ring to it eh? :)

PJ: Yes I will be back to try for a third straight win. I’m looking forward to seeing another part of the Philippines at the new race location that I have not experienced before.

Gunning for a 3-Pete!

SBR.ph : It was blistering hot when you first came here at the 2010 Ironman 70.3 Philippines, then it rained pretty hard last year. Describe to us your experience in both races.

PJ: I felt very fit in 2010, so the heat did not bother me so much, but in 2011 I was not as strong on the run and even though it was cooler I struggled more on the run. The monsoon type rain last year on the bike made it more extreme! :)

SBR.ph : We currently have a tourism plug going viral all over the net, the ITS MORE FUN IN THE PHILIPPINES campaign! If you were to add 1 thing that is more fun to do in the Philippines, what would it be?

PJ: Of course triathlon! Triathlon is more fun in the Philippines, I really have the best time of my career racing there. The people are so happy, relaxed, and friendly, it is so much fun to be among that sort of triathletes.

SBR.ph : How was your off season? You had a heck of a year last year!

PJ: The off season was a slow recovery from Hawaii. I did a small amount of training with friends, but also a lot of traveling to other events where I participated in everything but racing. I commentated, coached, and talked about my Hawaii experience all around Australia.

SBR.ph : We had a record number of Filipino participants last year at the  Ironman World Championship. We now also have an annual local Iron-distance race, the TIMEX 226 Iron-Distance triathlon. What advice can you give to our local athletes who aspire to finally take the big leap and conquer the Iron distance?

PJ: You need to give a big commitment mentally to do well in Ironman. Pushing yourself in training to build up mental strength, as well as staying focused by living a healthy lifestyle and eating healthy food also helps build mental strength which you need a lot of to complete an Ironman!

That just depends which I am training for and which race I am trying to peak for.

SBR.ph : For most triathletes, running is our Achilles heel, it’s usually hammer the bike, and then hang on for dear life on the run! (for me especially!!) Tell us what it’s like or the training that it takes to run a sub 3 marathon off the bike in an Ironman. Did you come from a running background?

PJ: Consistency and technique are most important. Slowly building up distance and varying the speed is important too. I always enjoyed running but when I focused on my technique and learnt what I needed to be doing is when I really saw the improvements

SBR.ph : Nice visor by the way during the run of the 2011 Ironman World Championship! That brand looks awfully familiar.

PJ: Thank you! Alaska is such a great brand in the Philippines and so involved in growing the sport of triathlon there, that I really wanted to represent both Alaska and Philippines in Hawaii. Fred Uytengsu of Alaska made that happen for me and is a great sponsor of mine.

SBR.ph : The triathlon fanatics here in the Philippines watched last years World Championship from start to finish! If you can change one thing about your race last year, what would it be? Pretty interesting also to see Andreas catch you on the run only for you to catch him again and  pass him for good! Like what the NBC Kona broadcast says, that almost never happens.

PJ: I would change the part where I missed a gap on the bike at about 70km, and lost touch with the front group. That cost me a lot of energy physically and mentally.

SBR.ph : Crowie made it no secret that he worked on his power and endurance last year by going to the gym earlier than usual, and it showed as he got the second fastest bike split at last years world championship (technically the first as the first was uber biker Lieto!) We’re you surprised to see him so far at the front on the bike and did that affect your race tactics?

I had lost touch with the group, but when I came into transition and found out I had only lost 5 mins to Crowie, I was happy and surprised. He rode well, but so did almost everyone, it was a fats year on the bike because of good conditions and strong riders.

SBR.ph : Are you doing anything similar or changing anything in your training program for this season?  You’re already one of the premiere swimmers of the sport and you already have a devastating run.

I’m not doing anything too different. Just riding a little bit more.

SBR.ph : You’re one podium away from becoming the next Ironman World Champion. All eyes are definitely on you this year to win! Who do you think is your biggest threat this year? Do you feel any pressure at all to win?

PJ: I don’t feel any extra pressure, I’m out there to prove to myself how fast I can go and that’s all I worry about. My own expectations are higher than anyone else’s, so that makes it easy to ignore what others think.

SBR.ph : Without giving much away, can you share to us a typical one week block of your training program?

SBR.ph : You’ve had your share of injuries. How do you deal with them?

PJ: I take time off and let them heal!

SBR.ph : Talk to us about your sponsors Pete. How are you in terms of sponsorship this year? We noticed you got a shoe sponsor! It’s about time!

PJ: Yes I’m very happy to have joined with Asics, they are the leading shoe company in the world and I will work with them to get more athletes in better shoes in Ironman races. Boardman Bikes are my major sponsor, and I am very lucky to now have more sponsors, which is a result of me being able to do more for them as my profile increases. They include Urban Hotels, Alaska milk, BPM sport, F2P sportwear, TYR, Gaerne, Shotz, Sram, Zipp, Rudy Project, Lazer, Sunsmart, Fitness First, Toyota, Healthwise Active Travel, and ISM saddles. I’m a ambassador also for the John Maclean Foundation. www.jmf.com.au

SBR.ph : What is it with Australians and Ironmans? You guys are dominating the sport. Not to mention all Australian athletes adapt to heat very well. Do you often train in Australia or do you go to high altitude training grounds like Boulder, Colorado?

PJ: I don’t train at altitude, and prefer training from home in Sydney for most of the year.

SBR.ph : Tell us one thing that most people don’t know about Pete Jacobs.

PJ: I’m not a great spectator, and rarely watch sport on TV.

SBR.ph : What other things are you into when you’re not training? What are you hobbies?

PJ: A little surfing, golf, and bush walking, all with Jaimie my wife whenever possible.

SBR.ph : How can your Filipino fan’s get in touch with you?

SBR.ph : Thanks for the time Pete! We really appreciate it! Goodluck and we wish you nothing but the best this 2012 season! We’re rooting for you! 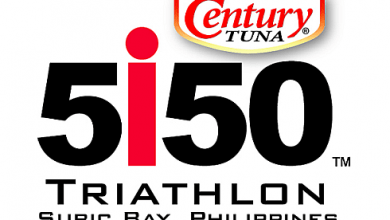 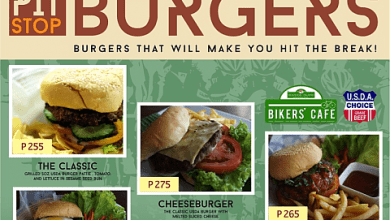 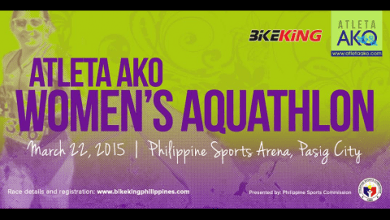 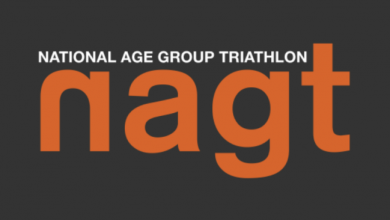