High altitude training has been a hot topic for years and it keeps coming up in questions week in and week out. Let’s cut to the chase here: Too many athletes think it’s great to be able to do it—however, 90 percent don’t understand the implications of training at high altitude.

The most important nutrient your body needs to train is oxygen. The higher we go to do our training, the less oxygen we find. Just like requiring conditioning to heat, your body needs to adapt to the change in altitude and its resulting effects on your system.

Understanding the adaptation process and the things that you can do to aid it will make for a less taxing transition. While there are numerous changes, let’s look at the most important.

You will notice that your breathing – and heart rates are higher at altitude. This occurs both at rest and during sub-max exercise, and helps offset the lower partial pressure of oxygen. You will not be able to reach your max VO2 at altitude so don’t get frustrated. The faster breathing rate changes your acid-base balance and this takes a little longer to correct.

The increase in your red blood cells help makes them more efficient at unloading oxygen to the tissues while the long-term change is that your max heart rate (if you still follow yours) will drop.

To help your adaption you need to take heed of the following:
1.    Megadoses of vitamins are not helpful; in fact, they are potentially dangerous.
2.    Mountain air is cool and dry, which means you can lose a lot of water so be sure to maintain adequate hydration.
3.    It is best to avoid alcohol consumption during the acclimatization period since it appears to increase the risk of so-called mountain sickness.

Not everyone has the same experience when it comes to appetite. Those less conditioned will feel the need to eat more often because they are burning more calories, while some people experience a decrease in appetite. Regardless, a high-carbohydrate, low salt diet allows for better adaptation and a lower risk of mountain sickness.

The intensity of the workouts needs to be lower until adaptation can occur. Pushing your workouts too hard may increase your risk of overtraining or injury. The idea that all athletes can follow the same workout is a big no-no.

Each athlete needs to keep a log where fatigue, both during a workout and at rest, is rated along with your mood. Correlate this with the intensity of the workouts and this will help mould a flexible routine that is right for you.

The body’s adaptation to high altitude helps significantly but doesn’t fully compensate for the lack of oxygen. There is a drop in VO2-max of 2 percent for every 300-metre elevation above 1500 metres even after allowing for full acclimatization. I know that this is a difficult concept to believe as so many people have praised the benefits of high altitude training—yet hardly any world records have been set at high altitudes, especially in the last 20 years.

Adaptation to high altitude makes you better at high altitude. There is a lot of mysticism that surrounds the belief of enhanced sea-level performance after altitude training, yet this scientific evidence is constantly evolving. The reason is that some of the adaptive responses at high altitude are actually a hindrance at lower altitude.

Research has even gone so far as testing the effects of athletes training at sea level but sleeping in a high-altitude tent. While it benefited endurance athletes, the true effect is still not a “definite”.

The beneficial effects of altitude exposure are harnessed while some of the negative ones are avoided. However, residence at altitude must be for more than 12 hours per day and for at least 3 weeks.

With this technique, improvements in sea-level performance have been shown in events lasting between 8 and 20 minutes. And interestingly, athletes of all abilities are thought to benefit.

Some athletes (almost 50 percent) have experienced what we call mountain sickness when going to train at altitude. This normally occurs when athletes fly from sea level to altitudes of 2500 metres and higher. Symptoms including headache, malaise, and decreased appetite are fairly common among these individuals although it can occur to people at elevations as low as 1500m. The mild forms of mountain sickness can usually be treated with rest and hydration, with the advice that those suffering them do not go any higher.

In short, the cost involved in training at altitude far outweighs the benefits gained for performance.

My advice: have another piece of chocolate brownie and push harder in your next session! 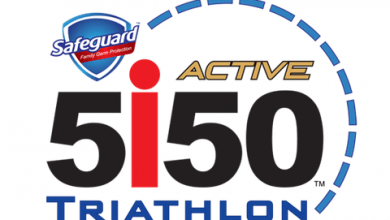 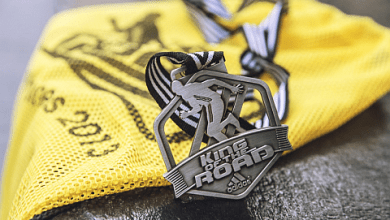