An interesting look at Pulmonary Embolism. The cause of death of fellow athlete Ramon “Ramie” Igaña Jr of Team TTB Extreme at the recently concluded 2012 Ironman 70.3 Philippines Cebu.

To the family and loved ones of Ramie; our heartfelt condolences.

By : John A. Gilbuena

Manila – Reports of untimely death or freak incidents or accidents concerning athletes/participants during triathlon and marathon races naturally demoralized me and for sure everyone engaged in sports particularly those extremes.

Demoralization, well, is part of being human, so that I just surmised, to counter such negative factor which somehow degrades top performance, that for every platoon or line of able-bodied fighters or superb soldiers/athletes/triathletes  et. al., not only one, but two or three or so will fall or  fail.

Even the group of most regimented minds and bodies of the best elite special forces with highly superb and utmost discipline not always exacted perfect strides and strikes. They sometimes fumbled, if not failed, and also suffered casualties.

No ‘body’ is perfect. And that’s universal. Only God the Creator is.

Nonetheless, the starking  question that’s quite intriguing  is: Why athletes/triathletes, who are logically physically fit,  still suffered  strokes or cardiac arrest as scientific medical explanations pointed out during the races and intense trainings?

It’s a mantra of every endurance athlete to “listen to your body,” so that if the body says Go Go Go!!!!!, it’s really a Go Go Go!!! In the first place,  if you’re  not really that physically fit to precisely sustain the demands, rigors, and pressures of  long distance lung-busting swimming, biking, and running , you will never dare engage in extreme races like half or full Iron distance triathlon which is further way beyond the Olympic standard limits.

But the mystery lingers on whenever someone fell ill or dead immediately after or during the exhausting race particularly in the recently concluded IronMan 70.3 Philippines in the central island of Cebu on August 5, 2012 when 44-year old  relay biker Cebu Pacific Airline executive Ramon “Ramie” Igana of Cebu’s Team Tyts Bogdo or TTB-Extreme fell off his bike and hit his head on the hard gutter near the race turnaround point along South Coastal Road in Talisay City. By the way,  I and my triathlon community in San Pedro, Laguna and Muntinlupa City areas deeply extend heartfelt condolences to the bereaved family and loved ones of  Mr. Igana, IronMan 70.3 Philippines 2012’s  No. R-399. Our prayers…

Scientific medical findings during autopsy examinations showed that Igana died of Pulmonary Embolism characterized by multiple blood clots in the lungs. The findings again puzzled many. A hardened biker and ultra-runner like Igana suffering from blot clots in his lungs?

In my recent Facebook entry, I commented on said mystery puzzling not only communities of runners and multi-sport athletes, including triathletes, but also the medical communities. I’m not a medical doctor. I’m just a conflicts/war journalist/writer  who happened also to be an active  triathlete, part-time survival swimming instructor,  and one-time ultra-runner (Bataan Death March 102kms) who prefers to be called an endurance artist out to shed light on still unpopular athletes’ parlance “bumubula ang dugo” (bubbling of the blood). My FB entry stated: “ In my past FB entries and other blog writings, I pointed out athletes’ parlance in Tagalog “bumubula ang dugo.” The medical community for sure would just dismiss, if not laugh, at it, to the point of dismissing it outrightly with scientific and medical-techno explanation that it’s a stroke, heat stroke, blood-clot whatever….anyway, if an athlete or triathlete is not physically fit, he/she would not dare race in an extremely endurance sport beyond the standard limits. It’s a mantra of every endurance athlete to “listen to your body” so that if the body says Go Go Go!!!!!, it’s really a Go Go Go!!!….I always told my students that if he/she is in his/her 30s beyond, he/she is prone to “bumubula ang dugo” (bubbling of the blood) vis-a-vis a gaseous environment. Free and scuba divers know a lot of this and they know how to equalize. Even off the water, athletes and triathletes must also know how to equalize in a gaseous environment of air on any kind of terrain, high or low. the common surge of “bumubula ang dugo” took place within five hours after the exhausting race and others encountered it in so windy environ with consistent gush of strong head winds like that in Cebu. To counter “bumubula ang dugo,” a good slow-down before and after the race is a must….and doing deep bubbles in water before and after the triathlon race is better. other race organizers required athletes to take baby aspirin before the race…I just apply mobile-type acupuncture needles in bullseye points of meridians. and also advised studes to take a pill or bits or raw garlic (disregard foul smell for safety)…and don’t make it a habit to take energy gells or chomps during trainings. only take them when exhausted during the Race…and don’t panic when you encounter “bumubula ang dugo.”….just stop briefly and take deep breath…jump alternately and briskly walk…and EQUALIZE your own way with the gaseous environ…”

My said FB entry, which caught attention of SBR’s administrator fellow triathlete Carlos de Guzman, quite interested many, especially about my self-application of mobile-type acupuncture needles to bullseye points of meridians to effectively counter “bumubula ang dugo” (bubbling of the blood)  when one cannot do good slowdowns, deep pool bubbles, and other precautions or preventions  of such phenomenon still subject of intensive scientific researches.

Actually I learned the basics and  practical uses of acupuncture for energy and pain therapies during my past field coverages in war and conflicts zones with the rebels and special forces troops who also now  reaped the benefits  of acupuncture, an alternative Oriental form of  therapy which I preferred to characterize as rehabilitation and prevention medicine  without chemical side effects.

I first used acupuncture to counter recurrent cramps in my legs due to lack of  proper bike and run trainings during my first IronMan 70.3 in 2009 in Camarines Sur. A lensman captured my left leg with one inch fine acupuncture needle inserted in it, as I was about to dismount in preparation for the exhausting 21-km run. I just finished my fourth IronMan 70.3 in Cebu, also  using said practical  acupuncture therapy.

Others, especially those with needle or injection  phobia, obviously don’t like acupuncture. But it’s one of the wonders, if not treasures, of Oriental non-chemical therapies. Always remember that a pinch of preventional non-toxic needle is better than a pound of  cure commonly with chemical-based medicines which can never discount side effects.

Now that the cost of Western medicines relentlessly surged, it is  high time to try low cost, if not cheaper, acupuncture therapies. Boasting of “no side effects,” the fine acupuncture needles   can not only literally  pierce the proverbial mystery of the bubbles in the blood for sure and counter “bumubula ang dugo” phenomenon. It can also pierce the high cost of Western medicines.

SWIM BIKE RUN GIVE With Midlife Crisis! | A Charity Event 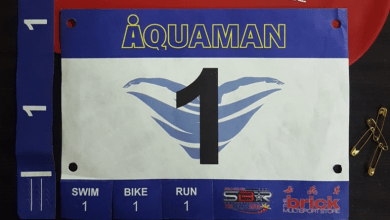 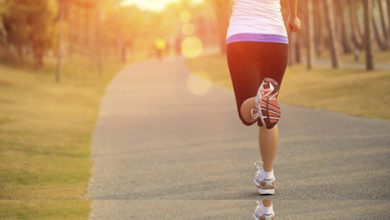 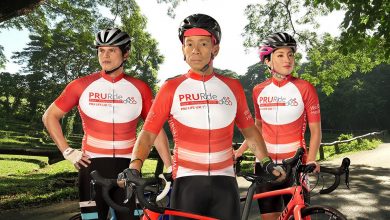 PRURide PH 2020 kicks off in March 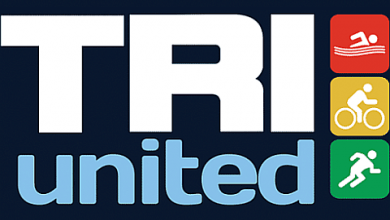