Congratulations to the winners and finishers of the 4th and final leg of the Powerade Duathlon Series! The race was a combination of heat, uphills, and a brutal 10k run-40k bike-5k run race distance!

SWIMBIKERUN.ph is a proud media partner of the Powerade Duathlon Series.

Tri Clark-Yellow Cab Triathlon Team painted the town yellow once again as they won the series championship in the team division.

Here’s a short announcement from Popo Remigio of Adrenaline Multisport.

hi everyone!
we have finally come to the last leg of the series, thank you to everyone who took part in yesterday’s race and to all who joined us in the past legs. big congratulations going out to all winners and finishers yesterday, especially those who were present in all legs!!! good job!!! results are in the attachment. please inform me if there are corrections to be made. i will be posting the points for the series individual and team winners soon! i will also announce next year’s race schedules soon, watch out for it!
a big thank you again to you because you made this a success! looking forward to seeing everyone again next year!

We had a blast covering and being the official media partner of the Powerade Duathlon Series! See y’all next year!

Feel free to post your comments below and rate the race!

A Week To The Marathon | My New York City Marathon Adventure 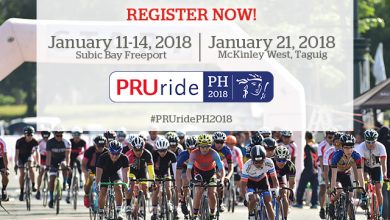