Offseason is the ideal time to think about building new technique elements into your training plan. We can all improve on our existing swim/ bike/ run technique and even just the way we move in general but the actual process of change is not so easy and very hard to make any change a permanent change.

Why is it hard to change?

Any movement we make is controlled by our brain sending a series of messages to our muscles telling them to contract in a certain pattern in order to bring about movement – this is called a motor pattern. We as humans are made to learn and adapt – once we learn something it is remembered and very hard to unlearn or change, a great example of this is riding a bike, the simple process of learning to ride a bike we tend to learn as children, we can go a number of years without riding then and come back to it and have no problem riding again, our brain remembers the process and while maybe shaky at first the balance and process soon comes back. If we think as triathletes we are maybe performing swim / bike / run sessions several times per week then we are building a very deep muscle memory into our brains that is going to be very hard to rewire.

If we want to make a change to technique then we want to at least make the motor patterns rusty by taking a little time away from a certain activity – if it’s run technique we want to change then a period of 3-4 weeks away from running would be wise before starting to think about change and then making sure several weeks are available with no fitness goals other than learning and in training the new technique.

So lets say a break has been taken and we want to get to it, now I like to break the technique down to smaller movements – so if we are looking at running we may want to run with a shorter stride landing under centre of gravity rather than the long loping stride many athletes have – this is very economical for a triathlete and what we should ideally be looking at. To make this change I would look at breaking the desired movement down into 3 sections and then going through these movements in isolation to start building the new movements into the brain without actually performing the full running action – this process only needs to be done for a few days before going into the activity again. I find using a mirror very important when performing drills to ensure we are actually doing what we want – what we think we are doing and what is actually happening can be very different at times. As an example with running we can look at what we want the foot to do after impact with the ground until it starts to move forward for the next stride

This process of building patterns can be done 2-3 times per day and will only take a few minutes – never do for prolonged periods as if fatigue sets in we will resort back to old patterns of movement. Performing these drills first thing in the morning and last thing at night will accelerate the learning process!

Putting the movements into full practice

Once we have gone several days of learning our new movements we can think about putting them into full activity – it is vital you start out slow with short periods of activity in order to maintain good technique and further build the movement into your brain and replace old patterns. Using running as an example this may be a series of 1 minute runs with 1min walks between – having someone watch you to make sure technique is as desired helps a lot at this time. As with the drills we want to stop before fatigue sets in or we risk reverting back to old technique. Slowly build up from this point and before long you will be back to full volume training with your new technique solidly set and ready for improved performance.

Rest Days and Focus, learn how to read your body and think about what you’re doing. 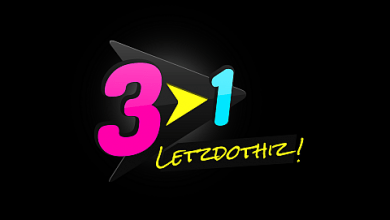