The 27-year old, French-British duathlete has been participating in cycling, running, and triathlons since 2009. Le Bellec has bagged places in numerous competitions, such as placing 7th in the French Cross Country Semi Finals, and 3rd on Tour de Nouvelle-Caledonie. But Le Bellec started calling attention when he won back to back French Nationals and Duathlon World Championships in 2014. Le Bellec also placed first in the Men’s ITU Elite category at the 2014 ITU Powerman Long Distance Duathlon World Championships in Zofingen, Switzerland besting 32 other professional athletes in the 10km Run, 150km Bike, 30km Run course.

Le Bellec, who will only be staying the Philippines for a short stint, aims to promote duathlon as a growing competitive sport and to elevate its status in the country, before he returns to participate in the upcoming Powerman Duathlon Pilipinas on November 14-15 in Balanga, Bataan.

“I still feel like I have a fresh view of this sport as I’ve not been part of the triathlon/duathlon community for long. I enjoy every moment I spend now I feel I can do well to help this sport to get bigger. This sport has offered me so many things since I started; I feel I owe something to duathlon” shares Le Bellec.

“I express my gratitude to the Powerman Philippines for their invitation and their professionalism. I feel that teams like F and F will help duathlon move a step forward! Southeast Asia has the capacity to make duathlon become a big sport and become as performed as triathlon. The Powerman is the path duathlon has to follow in order to become as famous as ironman. It’s a real give and take between Powerman association and international organizers” Le Bellec adds.

The Powerman Duathlon series will be hosted in the country for the first time, and will be featuring the Powerman Classic distance of 10km-60km-10km as well as the Short category with a 5km-30km-5km distance. The duathlon series also serves as the official qualifying event for the 2016 ITU Powerman Long Distance Duathlon World Championship.

“More than just the chance of bringing the world class sports event to the country, this is also an opportunity for us to send our athletes to the international arena,” Powerman Duathlon Philippines President Tobias Bernando said during the official media launch held at the Balesin Islander Restaurant, Alphaland Makati.

F and F events group is also the team behind the Bataan International Triathlon (Bi3) event which was awarded as the 2015 Race of the Year by SWIMBIKERUN.ph (SBR.ph) in the same media event. 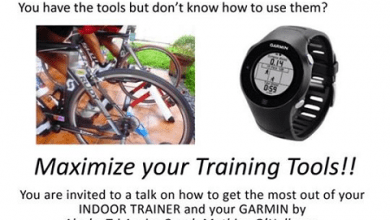