The 25th edition of the beloved Subic International Triathlon, fondly referred to as SuBIT, will take place on April 21-22, 2018. The longest running triathlon in Asia carries on to continue its streak to bring a world class Standard Distance, Sprint, and Super Sprint triathlon to the triathlon community.

The significance of the SuBIT’s Silver Anniversary comes to the fore with a big celebration planned. Participants who have consistently raced over the 25 years will be recognized at a specially planned event which will be held during the weekend. There are plans also to honor significant contributors to the success of SuBIT.

Specially designed t-shirts, medals, and other premium items will be given away to commemorate the milestone.

Expected also is the participation of ITU elite athletes from Asia and the rest of the world which bolsters the quality of SuBIT. Over the years world champions like Dimitry Gaag, Nicole Hackett, and Chrissie Wellington have graced SuBIT and given luster to the race.

Tom Carrasco, Secretary General of the Triathlon Association of the Philippines (TRAP) recalls: “When we started this race in 1993 at All Hands Beach with about 50 participants, we had no idea it would grow to what it has become. I think back fondly on the all people who have contributed in one way or another to the success of the event and the 25th Year celebration will honor these people.”

Registration for SuBIT 2018 is now open! Registration now at https://regonline.activeglobal.com/subit2018

Strength and Conditioning Workout for Triathletes 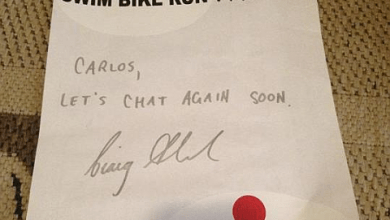 A Message From The Triple World Champion | Craig Alexander

Statement Regarding The Image That Was Shared

Be A K-Swiss Athlete! | Rock a K-Swiss Tri Suit and Shoes at the K-Swiss Subic Bay ASTC Asian Triathlon Championships!