Newbie starts thinking about joining a triathlon race, gets hooked, signs up for all the big races, train their butts out and then quit (totally) after 3-4 years.

How often have you seen that scenario?

We started noticing the trend roughly around the same timeframe mentioned above. From social media, to colleagues, from our race coverages, to even the buy and sell sections.

Nowadays, a month wouldn’t pass until we see another super bike being sold. The reason? The athlete is absolutely toast and doesn’t want to race anymore. Yep, after spending that much, they got sick of it really quick and quit.

Now, it’s ok if the athlete got injured or decided to prioritize other life goals. It happens. But sometimes, it’s just a classic case of the dreaded burnout.

For someone who’s been in the sport for over a decade (and been a fan for more), it never fails to amaze me how burnout can make people quit.

Case in point, this particular athlete from this famous team, he told me this personally (note: he’s was on his 3rd year back then), “Bro, I’m thinking of selling my bike. I’m THIS CLOSE to quitting the sport”.

SO WE MADE A STUDY

Based on our year-long research, here’s the usual scenario. It’s like our intro above.

ATHLETE GETS INTO TRI –> TRAINS HARD –> FINISHES A RACE AND SIGNS UP FOR A BIG RACE –> TRAINS HARDER AND JOINS MORE RACES –> QUITS.

Now take a quick look at the equation. Notice anything missing?

As one athlete said, “Where’s the fun in that!?”. And that, my friends, is what’s missing in the equation.

Circa 2007-2008, everyone literally knew each other in a race. Of course there are rivals and competition among peers, but it’s all one big brotherhood. It was fun.

Don’t get me wrong, I’m not trying to be one of those old guards who cannot let go or accept change, but that’s what it really was before.

IT’S ALL ABOUT LONGETIVITY

Make no mistake, I got burned out once too. I made the mistake of taking this sport too seriously and I paid the ultimate price. I will never forget the last Cobra Ironman 70.3 Philippines race in Camsur where I had my best race and literally said “I’M DONE! I QUIT!”,

I said it right after crossing the finish line. 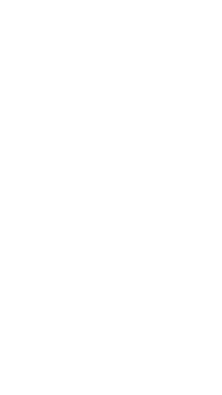 For years, my life revolved around training workouts, training logs, swim workouts, long rides, brick sessions, and long runs. I made triathlon my life. From the moment I wake up, ‘till I shut my eye, it was triathlon. I will also never forget the time when I was doing a scheduled 2h:30m run in U.P. and the academic oval was like a zombie park. I was all alone. The reason?

Not that it wasn’t fun. I had the time of my life. I was at my fittest (35+ lbs. lighter!). I was knocking down workouts like it was a warm-up. But I’ve always felt that something was missing.

Maybe I’m not the super alpha type during races. Every time I race, while others are zeroed in on their target splits, I just couldn’t help but smile and cheer for the other competitors. I always make it a point too, to talk to the volunteers at aid stations. I’d joke around with almost everyone. I also like looking at the setup, the race organization, how an event unfolds, etc.

I still remember one time, there was this guy who I’ve always wanted to beat in a half distance, but I just couldn’t do it, even when I was at my peak. We raced Ironman, I won my “internal” race with him. But I just couldn’t figure him out in shorter distances.

Then 70.3 came, I came into T2 well ahead of him. Still feeling fresh at the start of the run, I said to myself, “Gotcha!”, since I didn’t see him at all in the run leg. I started to defocus on my “internal” race and went on to finish.

Imagine my surprise when, after crossing the line and as I was heading over to the recovery tent, I saw him there having a post race massage!

“WTF?! How did that happen?? Where did you pass me?!”. His answer is something that I’ll never forget.

“When you were posing for the camera in transition”

After that, I started to get a little more analytical during a race. For me to go faster, I would need to quit some of my antics and just focus on the race ahead. But that would mean acting like a jackass and not even say thank you to the volunteers or cheer my friends on.

Did I switcht? Nah. In the succeeding races, I just went on like I always do and “had fun”.

Triathlon is really all about longevity. If you really love the sport, join races because you want to and not because you have to.

Ask any of the athletes who’s been in the sport longer than me who’s still actively racing. Ask them why they’re doing it. You can bet that their answer would most likely be..

See you at the races. Don’t forget to smile. :) 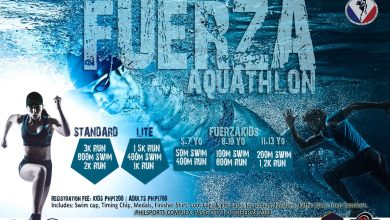 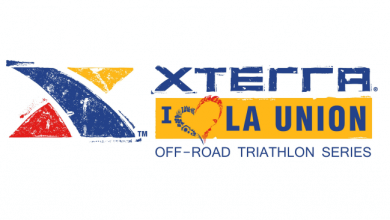 The Best Way To Go Aero? 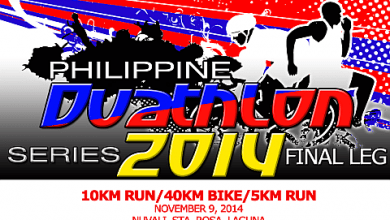