Congratulations to the winners, finishers (and survivors!) of the highly anticipated Challenge Philippines 2014!

Rate the race using our ratings system above and posting your thoughts at the comments section below. We’d love to hear from you!

SWIMBIKERUN.ph is a proud media partner of Challenge Philippines 2014.

It was a good day for the land down under as both Matt Burton and Melissa Hauschildt of Australia won the inaugural Challenge Philippines 2014.

Matt finished with a time of 04:26:53 while Melissa topped her division with a blistering 04:39:26. A full 8 minutes ahead of  second placer Annabel Luxford, also from Australia.

View photos of the event by visiting and liking our facebook page : www.facebook.com/SWIMBIKERUNph

Not to be outdone, Monica Torres and August Benedicto showed Pinoy power and determination by dominating the Asian Elite division while Joyette Jopson and Franklin Penalosa of TIMEX-TMM Triathlon Team ruled the Filipino Elite Division.

The comments of the participants after the race says it all. The race was tough as hell. With 10 hours to spare, the race became a battle of grit and determination. Sure, you can gun for a half-ironman P.R., but you almost certainly won’t hit it in this race. After crossing the line, almost everyone kissed their hard earned medal, that alone it enough to show how much they had to work for it.

The race wasn’t perfect, as clearly there were some bits missing to make the race a complete success, but all in all, it was a good first salvo. We won’t be surprised if next year, the registration will double as the toughness if the course will surely capture the curiosity of those who didn’t register.

Like what we said earlier, the race was great, but certainly not perfect. Overall, we’d give the race a 90% success rate. Not bad for a first time. But given the fact that we’ve given other races as high as 95-99% rating, that gives the organizers of Challenge Philippines 2014 plenty of things to work on.

Most of the participants were holding their breath and was on a “expect the worst” mode for this race. Now we can say that most of them were pleasantly surprised by how the race pulled through.

Here are some of the things that we, and the participants, noticed.

The Course : Tough, tough, tough, but very unique. Don’t change one bit of it. Only make the roads a little bit smoother, if possible.

Event Venue : New course, new destinations, new scenery, who thought Subic still had so much more to offer? Awesome support as well by the City of Bataan.

Transpo and Logistics : Given that the race briefing venues are 25km away from the nearest house / hotel (except for Camayan resort of course), it was nice to see Challenge Philippines 2014 themed buses proving transpo to everyone who needs it.

The Laid Back Atmosphere and Overall Feel of the Race : Ipod’s and Mp3’s on the run, 10 hours to finish, homey atmosphere, Challenge Philippines 2014 provided a sit back, relax, and enjoy the race, session for all the participants and spectators. The race was successful in living up to its unique image and branding. We definitely felt that we’re part of a one big (and happy), Challenge Family.

Over flowing aid stations : Pizza on the run. ‘Nuff said.

The Host : One word, Whit Raymond, we love you.

Food : Let’s face it, participants nowadays are spoiled when it comes to pre and post race food. We got a lot of feedback about the food being “just ok”. Nothing to make it stand out, or say, a well deserved one.

A lot were also wondering why there wasn’t any food served during the awarding. In most races, the post race brunch/dinner came with the awarding. That made the participants leave the awarding area because there weren’t any food. Beer was overflowing though. “Sayang” in the sense that a lot could have stayed longer if there was at least “pulutan” to go with it.

The Expo : It could have been set in the better location. We barely noticed them.

A Little Man Powered? : We, and some of the participants, noticed that the event needs a little bit of help in some areas. Most noticeably in the finish line as after the first couple of pro’s crossed, there was no one to hold the finishers tape. It was just left dangling on the side. Some finishers had to get it and raise it themselves for the perfect “I finished the race with my arms up high” photo. Some of the finishers also had to ask for water when they finished. A big no no as some were really tired and severely dehydrated already. Ice cold water and electrolytes (Gatorade in this situation) should be given ASAP.

In the swim after exiting, some were turning right to the finish line instead of turning left to transition. Sure, it could have been because they’re still wasted from the 2k swim, but an additional marshall or two in the wouldn’t hurt. There were also instances on the run where racers didn’t know where to go.

The Aid Station Volunteers needs to be trained more : Yep, the key word here is that they are just “volunteers”.  But given that aid stations are such an important aspect of a triathlon race course, the volunteers needs to know how to give a hydration bottles properly. We saw a lot of dropped bottles in the aid stations.

Saturday Start? : We got a lot of feedback before and after the race that they wish the race was held on a Sunday instead of Saturday. The other Challenge races (like the Aquathlon, Kids, etc could’ve used the Saturday slot instead). Some weren’t able to register also as most have work on Friday and won’t be able to make it to the registration, race briefing, etc.

The Other Host : With all due respect to the co-host of Whit, we could do without him next race. Or at least he needs to learn how a triathlon goes. There was even a time on stage when he asked Whit, how long will the participants run? During a live hosting session! Yikes. I’m sure the participants barely noticed it, but the spectators did.

Like what we said on our facebook page after the race, Challenge Philippines 2014 is legit, and is here to stay. A very welcome addition to our growing race calendar. We’re definitely looking forward to a bigger, and better, 2015 edition.

In the end, one of the Pro’s who joined the race, said it best.

“This is an old school course which brings us back to the 80’s. This Philippines race needs to stay. Don’t flatten out the course, don’t make it easy. At some point, you’d say “It was brutal but you’ve got to race it.” Challenge Philippines will stand out. “

And it certainly did.

Welcome to the Challenge Family everyone. See you next year. 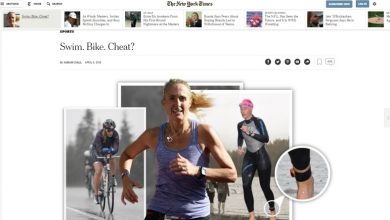 When “Wanting To Win” Goes Too Far 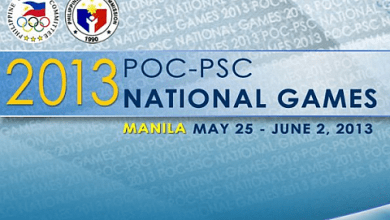