A 70.3? A half-iron? a half-ironman? or a long distance race? No matter how you call it, the tremendous growth of that “magic” distance in our country still amazes us up to this day. Flashback 6 years ago, there’s only one legitimate half-iron distance in the Philippines. Now we have at least 8! So which one is the best? Which one should you pick and race for the 2015 season? Here’s a quick look at the pros and cons of what we call, “the big 5” of half iron-distance races that we have today.

Note : we’re aware of the other half-iron races in the provinces like the Tabuelan 111, etc. But for now, we will focus on the big 5.

Since the WTC has trademarked the 70.3 name to its half-ironman race series, we often call the non-WTC ones as half-irons. It wasn’t a long time ago when the 70.3 was officially called the half-ironman. I guess they changed it for marketing reasons as some deemed the term “half” as derogatory. It’s a blessing in disguise though as we now have the cool 70.3 name and even the 5150 in our triathlon lingo.

So which among the 5 should you do? Here’s our unbiased take on each one and we’ll let you be the judge :).

Note : All race images and its copyrights are owned by the respective races and its organizers. We DO NOT own any of the images.

Dubbed as #WhereItAllBegan, everyone knows that the tremendous growth of triathlon in our country started in Camsur. We still remember the time when the first Ironman 70.3 was held there (we did the first three!) way back in 2009. Challenge Camsur will take the “veterans” back to #whereitallbegan and allow them to relive their glory moments. To the newer ones (those who started in Cebu), they will finally get the chance to experience the course where the first 600+ participants bled (literally) and raced for the first time.

Dubbed as one of the toughest races in the world, the Yellow Cab Challenge Philippines continues to live up to name by making its famed bike course just a “lil bit” tougher. The swim and run from last year’s edition is still pretty much the same. The race has been “rebooted” organization wise so we expect a better and more version this year.

Registration for this race is CLOSED.

The time it took for this race to sell out tells you everything you need to know about the race. The Cobra Ironman 70.3 Philippines is STILL the undisputed half-iron race of the country. As the 3x Race of the Year winner of the SBR.ph Awards, it’s no question why we dubbed this as our country’s triathlon crown jewel. We’ve covered all editions of this race, and we will continue to do so for years to come.

The arrival of the 70.3 brand in the country’s tri capital came as a shock to everyone in the tri industry. But honestly? All we can say is, what took you this long? Big names such as Craig “Crowie” Alexander are already being touted to join the inaugural edition. Just the fact that you will race alongside the multiple Ironman Kona World Champion is enough reason for everyone to join this race. The race is set to debut this February so it would be unfair (and impossible) to give this race an honest rating. We’ll just post the obvious ones.

We like to call Bike King organized races as “the racer’s race”. No frills, not that much fanfare, but just a well organized and hardcore racing experience all throughout. Athletes join Bike King races such as TU2 and TU3 for one thing and just one thing only… TO RACE. Tri United 3 will also forever be branded as the race which opened up SCTEX to the tri community. A dream bike course for any hardcore athlete.

So which one among the five is the best? We’ll leave that up to you, SBR.ph nation. Each race has its own unique features and must-race attributes. But like what they always say, no race is perfect. So for us, it’s best to experience it for yourselves. If you can join and do all five, please do so (just don’t get burned out!). 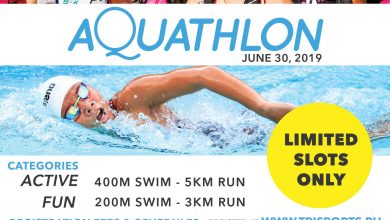