The 2017 Philippine Triathlon Season finally kicked off last Sunday. With 400+ participants, the National Age Group Triathlon Series (NAGT), in our minds, is now considered as the de-facto triathlon season kickstarter. For most people, NAGT is simply what it is; an olympic distance race. An ordinary race just like the rest. But is it?

I’ve always been fascinated about the growth of triathlon in our country. How it’s cultivated, how new talents are discovered, and how we can develop programs that aims to deliver the ultimate goal of bringing an athlete to the ultimate prize. Yes, I’m talking about the Olympics.

On my way home from Subic last Sunday, I can’t help but look back at the race that just transpired right before my very eyes. As an organizer myself, I can’t help but notice the little things. Nope, I’m not talking about the nuisances or things to improve on as TRAP already got the setup down to a T. I’m talking about the kids who joined the Super Mini Sprint Youth Olympic Games (YOG) Qualifying Race. And the significance of the top Filipino elites competing with each other.

So I called Sarita Zafra of the Triathlon Association of the Philippines to discuss what the NAGT is all about.

“Why do we have NAGT? What is the difference of NAGT compared to other Olympic distance races? Is it like the championship race series of age group athletes?”, I asked Sarita. “The NAGT is part of the sports development program of the Triathlon Association of the Philippines.”, Sarita said. “It is in this race, where we field new recruits and find out if they have what it takes to be a champion.”

We also learned that unlike other races, the NAGT is not a business. NAGT is actually created as part of TRAP’s mandate to develop the country’s triathlon grassroots program.

“It also has other legs which will happen in the later part of the year” she added.  “There will also be one in Cagayan de Oro, Davao, and Cebu”.

The Quest for the Youth Olympic Games

The very first thing I asked Sarita was the significance of the kids competing at the YOG Super Sprint Category.

Rankings of the Athletes Prior to NAGT – Subic

I got surprised after learning that these kids weren’t competing for the podium or bragging rights. They are actually vying for a slot at the 2018 Youth Olympic Games (YOG) at Buenos Aires. “Magiging Olympian sila” Sarita told me. “Wow.” I said. “Kaya pala talagang nagbabak-bakan”. Sarita also told me that the NAGT Subic is one of the nine pinpointed races in the Philippines for the 2018 YOG.

Most members of the Philippine National Triathlon Team were there. From S.E.A. games gold medalist’s, Nikko Huelgas and Claire Adorna, to John Chicano and Paul Jumamil of Bohol.

As a sprint distance participant, I got the witness the Elites going at it at full speed. And man, they were really going for it. “But why here?” I curiously asked Sarita. “There are a lot of other races”. Sarita mentioned that the NAGT is part of TRAP’s Elite Talent ID Program. This is where they spot deserving athletes who will represent us in the South East Asian (SEA) Games and hopefully soon at the Olympics.  If you want to get picked for that, this is the race to do so. NAGT also serves as a breeding ground for athletes in the province where who wants to prove their mettle and find out if they compete with the best of the best of local triathlon.

“We cannot just focus on the current pool. We need to keep developing athletes” Sarita said. “NAGT is the perfect platform for aspiring athletes that have not done ITU type racing who might be worth of inclusion in the PHI team”.

I watched and saw how Nikko Huelgas, with bleeding foot and all from multiple blisters, was crushed to finish only second to champion John Chicano. After training in Portugal, everyone was pinning him as a sure win in the Men’s Elite division. Chicano played the race perfectly from start to finish. Earning his spot at the top of the national pool leader board.

There’s no second place here. It’s only winning that matters.

There are other local races where you see these elites competing against each other. Sure, they want to win there as well, but not with this one. They really wanted to win HERE. Cash prize? This race didn’t even had any. But it meant a whole lot more.

“Winning is the only option.” an elite athlete told me after the race.

Note : The National Team Coaches were in full force as well. Could there be a hidden rivalry between them and their athletes as well? :). We’re just stirring the pot. :) In the end, it’s being able to mold the best athlete to represent our country that matters.

“But what about the age groupers?” I asked Sarita. “Are they only there to fill in the slots? If so, why are they in the title?”

Sarita mentioned that the Age Group division is where aspiring athletes, who wants to be part of the National Triathlon Team, can make their mark. True, TRAP hunts for viable athletes via it’s grassroots program. But they cannot scout everyone. There have been multiple cases where ordinary age groupers got discovered because they did really well and showed promise. They eventually got recruited and are now part of the TRAP’s training pool.

“But what about to 35 and above athletes? Can they be discovered as well?” I asked

Coming from previous NAGT events a couple of years ago where participants numbered only from around 80 to 150 participants, it’s nice to see athletes finally recognizing the NAGT as a viable event to kick off their triathlon season. The NAGT course is basically pan cake flat with the exception of the short Ocean Adventure climb.

The NAGT is an interesting race. A no frills race without all the glitz and glamour. But if you’ll look at it closely. It’s one of the most important races in our calendar. 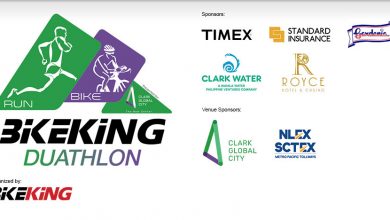 Suit up! The SWIMBIKERUN.ph and blueseventy Helix contest!