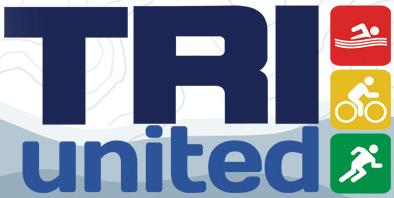 Living up to expectations is one of the toughest things to do in life… more so in a race. As I said in my previous article about Tri United (formerly Tri King), it’s one of my favorite races and after this 2011 version and I can definitely say that it’ll remain on my must-do-races for next year.

Neil Catiil and Sandra Araullo-Gonzales once again dominated the event and defended their titles.. Catiil, this time didn’t forget his bike shoes like what happened last year, and crushed the men’s field with a blistering 3:06:49 time. A full 9 minutes faster than second place George Vilog’s time. Araullo-Gonzales displayed her mastery of the course and set the pace in the women’s division with a 3:41:12.

Tri United is unique in its own way as it’s the only race in the country where there’s an 800m (or was it 600?) run after the swim going to T1! Also, the festive atmosphere of Tri United is what I really love about the event.  It’s the perfect tune up race for everyone joining Ironman 70.3 Camsur.

Registration – it was pretty straight forward. When you arrive at the race venue, there’s a huge table manned by familiar Bike King Staff waiting for you. Race packet distribution was quick and we got a Unilab goodie bag to go along with the super nice shirt (love the design!), and the timing chip. Participants we’re also given My +ag bands.  Which we were told we’re required to wear during the race. That didn’t sit well with me as I find the My +ag pretty heavy. I wish wearing it was optional. I wore mine during the race and it got unclipped during the swim part. K-Swiss and TIMEX were also there displaying their latest running shoes and watches respectively.

Race Briefing – the race brief was done at the same function room as last year. Lots of prizes were given away by the race sponsors. Congratulations to all the winners! It went a little too long for my liking though, as seen by the number of triathletes not paying attention anymore. I cringed as Michelle Estuar, queen of the ultra marathon distance, called the attention of the triathletes numerous times just to pay attention to what she has to say. Which no one seemed interested anymore until of course, she mentioned the word “raffle”. Hehe I can’t comment on the dinner buffet quality as I left the venue as soon as the race briefing ended. Care to comment on the food taste and quality guys?

The Swim – Ahh… the now classic Tri United swim. I think everyone got the shock of their lives when they saw the waves at the swim start. It was a surfer’s paradise, not a triathlete’s =P. The waves were crazy. In all the triathlon races that I joined, I think this is the only swim leg where it was faster for me to do the breaststroke than freestyle! There was a lot of trash and debris in the water. Lots of plastic and seaweed too which I think we can attribute to the huge waves. It wasn’t like this last year as far as I can remember.

After the race I heard some didn’t even bother starting at all. Some quit after the 1st lap and I can’t blame them. As I was swimming I also saw a couple of guys holding on to the buoys calling the boat screaming “Bangka! Bangka!” asking for help.  It’s good no accidents or deaths were reported after the race.  Kudos to the race organizers for that.

To all the non-swimmers treating this race as a tune up for Camsur, if you rocked the Tri United swim, I can definitely say you’ll finish the Camsur swim with flying colors. Camsur will be like swimming in an ordinary lap pool… a dark murky lap pool that is Don’t underestimate it though.  Keep on training and you’ll do well in the man made lake.

The Bike – given that the race is in Matabungkay, the bike course, as expected was really fast. The roads were really nice. Given that this is one of the original road bike race venues. There were marshals everywhere. A far cry from some races where the bike course was a free for all. Here you can simply focus and concentrate on your bike performance and not on dodging other cars. It was a triathlete’s heaven as you can just stay in your aerobars and mash your pedals to your hearts content. The Puting Kahoy climb as usual was a nice touch as it separated the strong bikers from the normal ones. It was steep yes, but nothing out of the ordinary if you already did the Subit (Subic Bay International Triathlon) and joined the 2 previous bike races held in Subic.  Immuvit and Aboitiz Power Tour of Subic Stage 2 anyone?

The bike course was short though, according to my Timex Global Trainer, the course was short by roughly around 10-9kms. Do correct me if I’m wrong as I forgot to click the transition button as I was heading out on the bike. This shortage could be attributed to the race-day decision to change the bike course due to road construction going on in the original route. Racers turned left to balayan for the turnaround instead of going straight to Calatagan. Better short and safe than sorry right? Good call by the officials.

The Run – the run course this year was easier compared to last year’s. The 3 loop course was pancake flat, which I really enjoyed it a lot. I just wish there were 1-2 more official aid stations. Some of the aid stations ran out of ice. Big thanks to the Matabungkay community for helping douse the triathletes with water which really helped cool a lot of us down. Thanks also to the volunteers for taking it upon themselves to act like portable aid stations. That was really a big help.

Overall – as what I wrote in the title, the race lived up to the high expectations that I set. It was everything I hoped it to be, and a little bit more (flashback of the massive waves coming in). Good job to Raul Cuevas and his team for organizing another fantastic race. Raul is on a hot streak this year, organizing bike races and now, Tri United. I’ve been saying this for quite some time now, if he keeps this up, Raul and his team may be on their way to becoming the country’s premiere triathlon race organizer.

To nitpick, having a mini shop at the event would have been a nice… a place  where you could buy spare tubes, levers, co2, etc etc., as well as a bike check area. I also missed the post race brunch of last year.  I wonder why that was removed from the program for Tri United? Awarding would have been more special if all the participants were there already. All cleaned up, recovered, and most especially, full

A lot of SBR forum members participated in the event. Pictures to be posted really soon!

To the participants how was your race? What can you say about Tri United 2011? Rate the race by using our ratings system above!

Click here to view the on-going discussion about the event in our forum! Click page 1 to view the start of the thread. 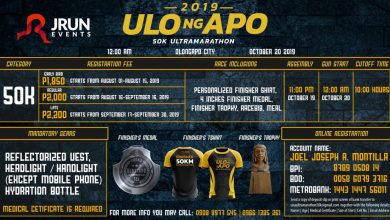