SWIMMING FOR IRONMAN — SWIM FITNESS. In part 1 , I talked about the process of developing a technique for optimal open-water swimming—here, I want to look at swim fitness and how we can build it.

Swim fitness for triathlon is not about getting out of the water as fast as possible—though of course this is a major part of swim fitness. Instead, we want to think about exiting the water both fast and fresh, a point many, many triathletes miss. The swim is a relatively short part of the race but it can have a huge impact on the rest of your race depending on the impact it has on your body.

Aside from all this, we should also look at the swim as one of the safest ways to gain aerobic endurance fitness; swimming is low impact and as such safe to train with volume without injury, especially when compared with running.

Pro racing offers many examples of triathletes who swim poorly but have great races. When we follow their blogs / twitter feeds, these athletes seem to swim incredible volume as part of their program, without improving much in terms of swim time. What I notice as a coach, though, is that these athletes always tend to produce the strongest bike and run performances. In races they get on the bike and they are on it from the start, whereas a lot of the front-pack athletes tend to be tired and need 20-30km to get into the ride.

With the dynamic of racing today, you cannot afford to lose time in that first 30km so those front-pack riders who left the water tired have to suffer and end up using way too much energy, which comes back to bite them later in the race.
The slower but fitter swimmers behind them, on the other hand, exit the swim and are racing the bike right away—riding fast and comfortably, as opposed to overextending themselves, and as a result they have a great ride and an even better run.

The above shows very clearly that triathlon is not just three individual sports but a sport all of its own; the impact of training mix and fitness in the three disciplines affects the final race result in a huge way!

When designing a swim program, we need to consider several factors: the distance we need to cover on race day, how the sessions fit into our overall program, while the elements we will face in our event are also important.

To start off, I like to plan a race-specific session. For ironman this is going to be a long endurance swim with some harder work in the back-end of the session. Many athletes seem to struggle over the final 1km in ironman and can lose a lot of time here, despite their effort increasing greatly. This is due to a lack of conditioning and the fact that most triathletes swim sessions in one-hour intervals, sets of about 3km for a good ironman swimmer.

For an endurance swim, I want to aim for 4-5km, or 90min, and make this a strength workout so I will use a pull buoy for a large part of the session and add paddles towards the second half to further increase the difficulty, just as on race day.
Paddles have another important role to play—they also improve technique. So as we get tired by adding the paddles, we ensure more good strokes while also boosting the difficulty of the swim, a win-win situation in this session.

In the final part of the swim we do some short ALL OUT sprints to get the body used to fully activating muscle fibres while fatigued. This will result in a higher level of endurance and an ability to maintain form and speed in the closing kilometre on race day.

The long swim tends to lead to a lot of fatigue in athletes, simply because we do not tend to do them. We think nothing of going for a 2-hour run or a 2-hour bike, but a 2-hour swim is a big ask!

Scheduling the long swim is then important; avoid doing this before another hard session as we can expect to feel very tired after.

This would be a shorter swim with a lot of hard work. Any specifics we need for race day I would like to include in this session. I like to use changes in pace within this workout to teach athletes how to control and check their stroke. An example would be swimming 300m intervals with an increase of pace every 100m—watching our times we can see if the effort is replicated on the clock.

Often an athlete will swim the same time for a moderate and hard interval as they are not able to hold technique under the duress of a hard effort. Through intervals as above we can learn to control effort and make sure technique is not falling apart.

I would use the reducing set at the start of the session, and then move into a set of hard short intervals in the back-end of the set to see if the athlete can hold times and form for effort.

Depending on placement of the workout in an athlete’s week, I may add paddles to the hard efforts to ensure better technique is maintained. Also, if an athlete is going to be aerobically tired or has a harder session to do later in the day, paddles will make the swim more about strength, and less about high heart rates and breathing. Remember what I said at the start, training mix is very important!

We can further advance this set by making the hard intervals at the end specific to race conditions. For example, breathe every second interval with head up and looking forward for two full strokes. This would be appropriate if the goal/next race offers wavy conditions such as Hawaii. Lifting the head longer gives more opportunity for good navigation but uses different muscles, so these need to be trained.

If the technique is good, the times for the intervals will be the same—if not, the clock will let you know pretty quickly!

Depending on the availability of training time in the week, further swims will be added to the program. These swims would have a reason, always building fitness, but used for specific fitness gains or recovery around other sessions!

In conclusion, we need to stop looking at swimming as a means of getting to the bike and instead consider the whole race picture. We need to ensure we get fast and have the fitness to swim fast while leaving the water fresh; this means we need training that is different to that of a swimmer who has to swim very hard for a short duration and can give everything for this duration. Triathlon is triathlon and we need to start training that way if we want the best results! 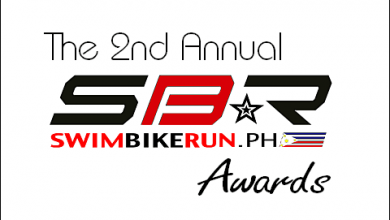 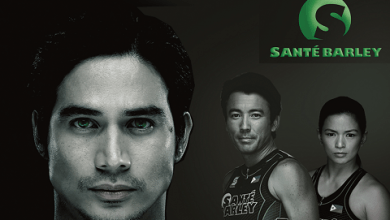 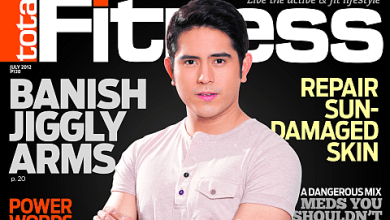 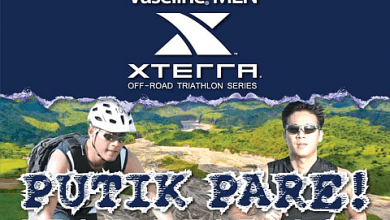