ironguides Head Coach Vinnie Santana has compiled his observations and experiences as a coach and professional triathlete on the main psychological and physiological aspects of triathlon training for women. He has trained or worked closely with female athletes of all levels, from helping women finish their first triathlon to attending a training camp with four-time Ironman World Champion Chrissie Wellington.

It’s clear that the number of women athletes in our sport has risen significantly in recent years. In some countries women-only races and race series’ are appearing. And the industry has picked up on this trend with an increasing number of items specifically designed for women from shoes to wetsuits to bikes.

The depth of the elite women’s field also has deepened in the past few years. We have watched as Chrissie Wellington has raised the bar again and again in winning the Ironman World Championships in four of the last five years (she missed one Kona due to illness). Chrissie also has lowered the world record for Iron-women several times, most recently to 8:18, which she did at Challenge Roth in July 2011. As a result, most of Chrissie’s rivals also have stepped up their games, in training and racing. There has been a slew of Sub Nine hour Ironman finishes by women, inspired by what Chrissie has achieved.

When it comes to performance, women may use less glycogen and tap more fat for fuel than men in longer, lower-intensity types of exercise, such as long-distance triathlon, which possibly gives female athletes a relative advantage to their male counterparts. Chrissie has previously indicated that she believes that it’s only a matter of time before women beat men in Ironman and who can argue with her; Chrissie, the reigning world champion, has placed in the Top 10 overall in most of her Ironman races, and she has crossed the finish line ahead of many high-profile world-class male triathletes.

When it comes to coaching, the two sexes require different approaches. Despite the health benefits of being an endurance athlete, psychology and physiology are very different between women and men. Women have menstrual periods, and they are in general more vulnerable to stress fractures.

This article is a compilation of my observations and experiences as a coach and professional triathlete on the main psychological and physiological aspects of triathlon training for women. I’ve been fortunate enough to train or work closely with female athletes of all levels, from helping women finish their first triathlon to attending a training camp with Chrissie.

When it comes to goals, men and women are different. Men tend to be more concentrated on the result, while women are more focused on the process. This has an impact on the way a coach should motivate his male and female athletes. Women benefit from an approach that is aimed at building confidence, making them feel good about themselves and helping them believe they can achieve their goals, while men perform very well when they are challenged.  Of course, there are exceptions to this rule and that’s the value in having a perceptive coach.

These key differences also explain why the personal relationship between some athletes and coaches—the relationship they have outside the sport—has a big impact on their performance. We have seen many successful athletes who are coached by their husbands, fathers or boyfriends including Olympic champion Emma Snowsill and seven-time Ironman champion Natascha Badmann.

Of course, these relationships aren’t limited to triathlon. The Williams’ sisters—Venus and Serena—have long been coached by their father. The closer the relationship between athlete and coach, the easier it can be to gauge whether constructive criticism or encouragement is the best option for the coach on any given day.

Being able to “read” one’s athletes, in particular the female athlete, is a skill that takes time to develop.

One former ironguides athlete had a three-colour swim-cap system for her swim coach: green meant “all’s good, critique away”, yellow signalled “warning: could go either way”, while red alerted the coach to “watch out, not open to feedback!”

Once the coach has established a solid understanding of the athlete’s level of motivation, it is time to reach for improved physiological performance.

Let’s start with body type. There is a fundamental difference in how much training an individual athlete can handle, regardless of gender.

Heavier or muscular athletes tax their bodies more when training and tend to need longer recovery periods after intense workouts, especially with running. In contrast, a skinny—leaner—athlete often can train at a very high intensity and yet require less recovery time. This reflects one’s level of testosterone, which can vary widely from athlete to athlete and is not necessarily a requirement for success for women in triathlon.

Understanding both body type and testosterone levels are important to understanding the differences between training loads for men and women.

Many age-group women are training for hobby and lifestyle, and a coach needs to be aware that training can impact their periods. Again, the impact varies significantly by individual. Some women can, at a very high training load, get skinny and still have their periods, while others find the smallest change in body fat can interfere with the timing of their period or suppress it altogether.

Some female athletes may use the pill in order to keep their estrogen and progesterone at the levels they should be. However this also has a downside, especially because of hormonal swings. It’s important to check with your doctor if you have any concerns and to keep your coach in the loop too.

A woman’s diet may also be different to a man’s. Some observers believe a higher intake of red meat helps to prevent anemia and, while doing heavy training, calcium intake is also believed to help sustain bone density which, if not looked after, could lead to the stress fractures I noted earlier. Asking a doctor for advice is advisable if you have any concerns, while keeping in mind that fatigue can also be a normal side effect of adjusting to training or to a higher training load.

For these reasons, it is important to understand the true goal of each female athlete, as the details do have an impact on performance, health and lifestyle.

Fools Rush In | Run For Education 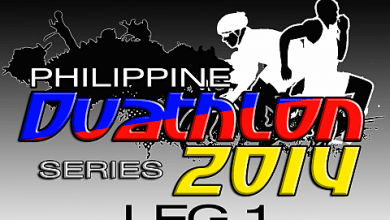 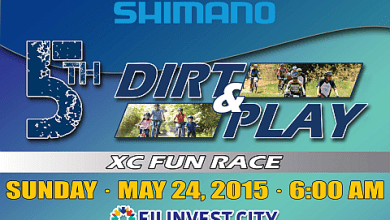 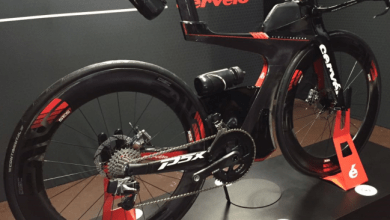